The drone itself weighs 1.8kg (just under 4lbs) while the dual, counter-rotating blades will be spinning at 3000RPM, around 10x faster than a regular helicopter. Why the high-speed blade rotation? The autonomous helicopter needs it because of the low atmospheric density on Mars.

NASA plans that when the Mars rover lands in 2020, it will install the helicopter on the ground and then move somewhere safer. The drone will then charge its batteries using its solar cells, run some tests, and then have controllers from NASA back on Earth flying it around.

NASA hopes that the helicopter will fly around 10 feet high and then stay hovering stable for 30 seconds for its firs test flight. After that, the US space agency will test the drone for a 30-day period and four additional test flights before it goes any further, with tests lasting up to 90 seconds and it flying further and further each time. 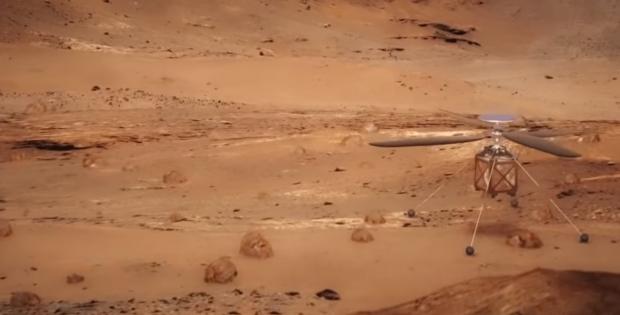