E3 2018 is right around the corner and while we know that many games will be shown off, revealed for the first time, and detailed at the show, what will id Software show off? 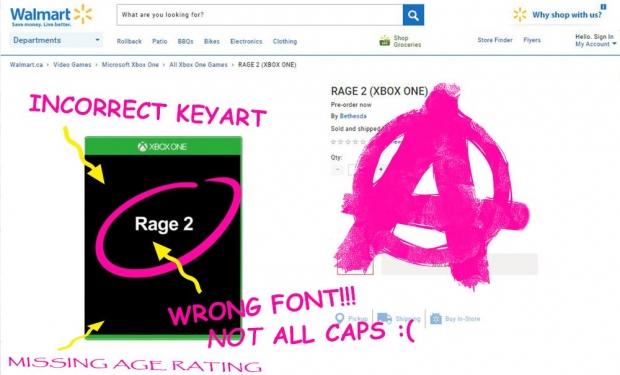 The official Twitter account off RAGE has a single tweet, something that has just appeared right now and gives us a tease of RAGE 2. The official Walmart website has listed RAGE 2 and then id Software tweeted the company saying that the Xbox One box art didn't have the right key art, the wrong font was used, and Rage 2 wasn't in all caps.

id Software has performed the hype train for RAGE 2 perfectly with an almost meme-style start to their RAGE 2 marketing campaign.