11 Bit Studios, the developers behind the survival strategy title Frostpunk have announced that they have sold a massive 250K units in just the first 66 hours of Frostpunks release. 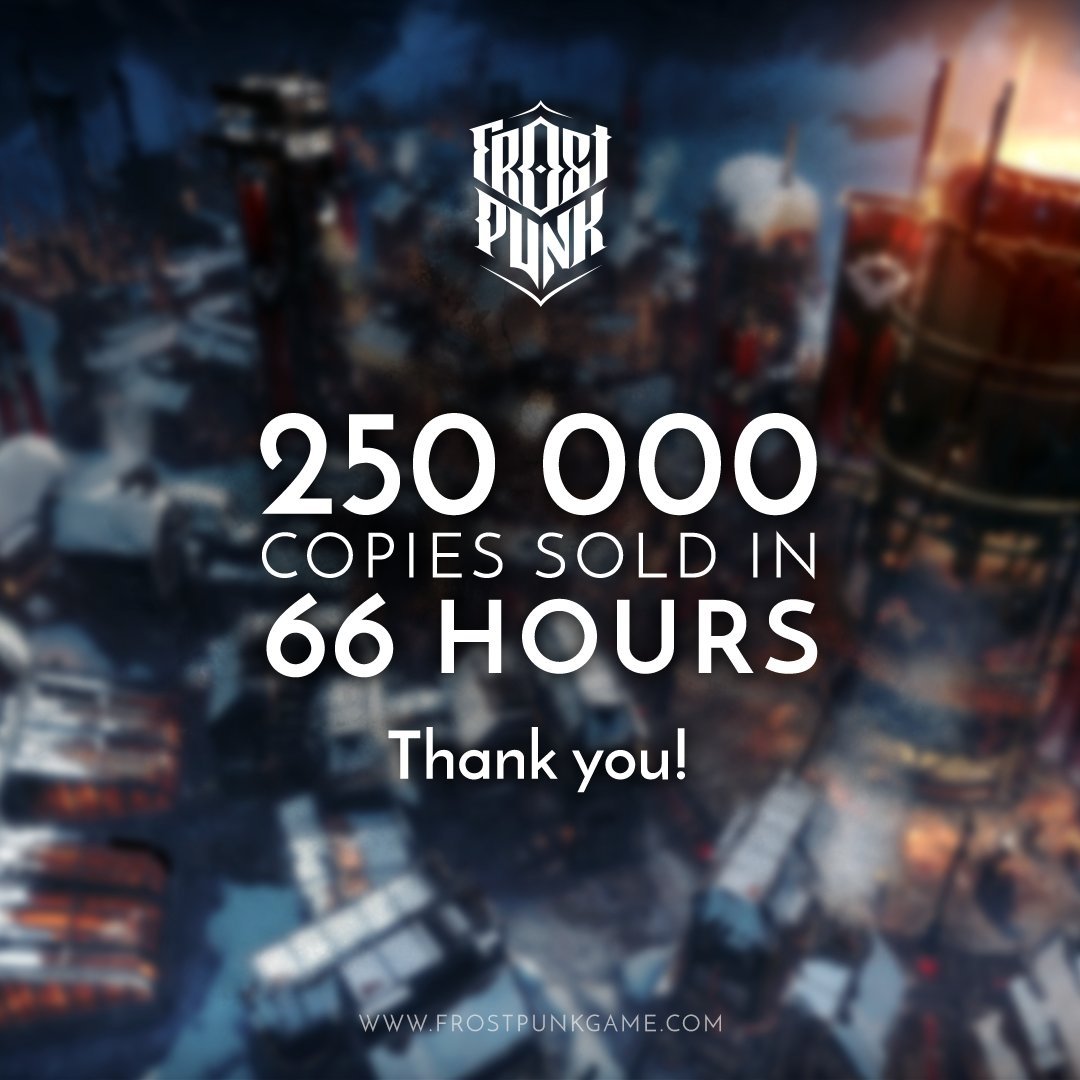 According to the Twitter post, Frostpunk has been quite successful within the first 66 hours of the title going live. This amazing support has reinforced the ideas of the developer adding expansions and other free updates to the title.

The CEO of 11 Bit Studios took to Twitter to announce the good news, here is what he had to say:"Yes, we had plans for the expansions and now we're 100% sure we are doing that, including many free updates of course!"