AMD is just days away from the retail release of their new Ryzen 2000 series processors, with teh flagship Ryzen 7 2700X overclocked before release to a world record of 5884MHz. 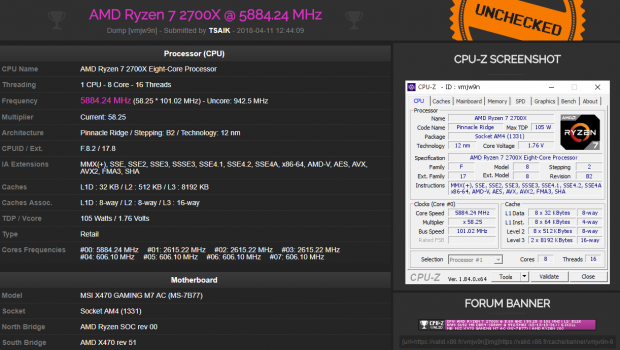 The NDA on the new Ryzen 2000 processors lifts on April 19, so we should see some higher overclocks in just a few days time on the new Pinnacle Ridge-based CPUs.