In a recent Twitter post by Patrick Maka it has been discovered that the Nintendo Switch version of MineCraft will be supporting Xbox achievements. 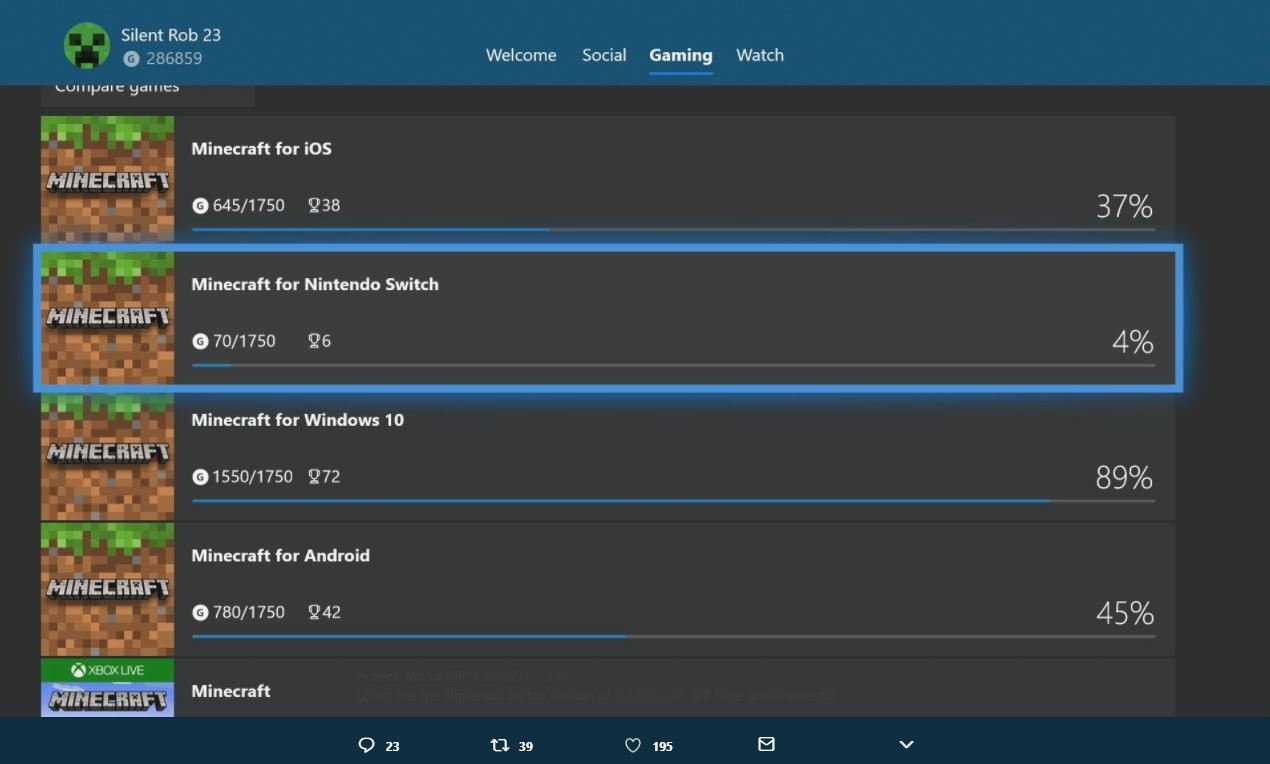 The above image showcases that not only will the Nintendo Switch version of MineCraft supports Xbox achievements but so does Android and iOS, the only platform that doesn't is Sony's PlayStation 4 which is not really surprising at all.

At the moment there is no known release date for MineCraft on the Nintendo Switch but now that we have a screenshot of the achievements being downloaded we can expect that Microsoft could announce a release date soon.