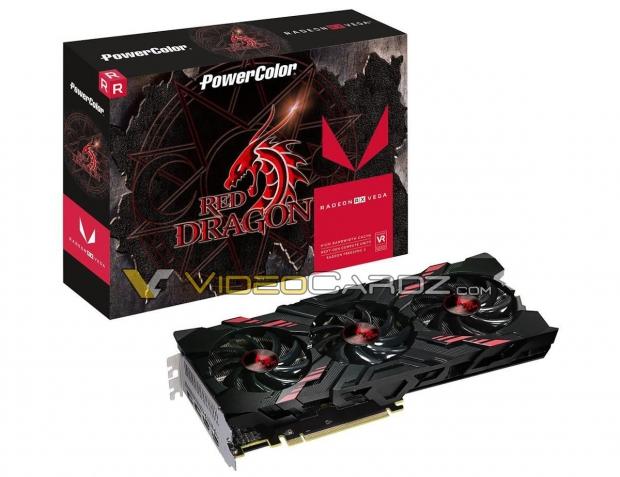 VideoCardz broke the story, with PowerColor soon after listing the Red Dragon series on their own website with the RX Vega 56 variant. There could be a Vega 64 version released as well, but the company hasn't made anything official - at least at the time of writing, I'll edit this story if they do.

The company has used what looks to be a custom PCB, while rocking a huge triple-fan cooler that should keep the temperatures as low as they can go, given how hot the Vega GPU and HBM2 run.