Far Cry 5 isn't far away and while we don't have the fully skinny on the upgraded consoles, but now we're hearing about the PS4 Pro and Xbox One X updates, which Ubisoft could really deliver on. 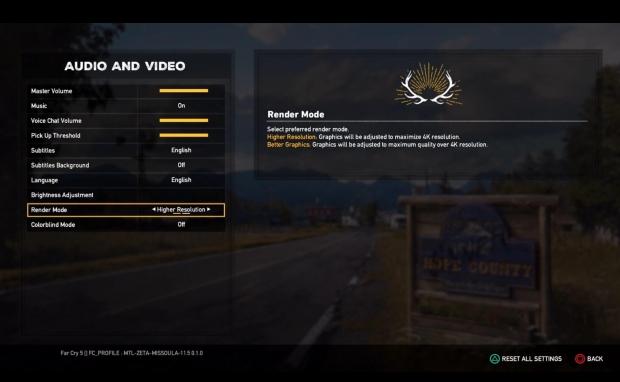 A new screenshot is teasing the PS4 Pro version of Far Cry 5 coming with rendering mode upgrades, where we should see options for 'higher resolution' and 'better graphics'. They're self-explanatory, but this is only seen in the PS4 Pro version for now and should be something that the Xbox One X will include as enhancements over the Xbox One/PS4.

Far Cry 5 will be released on PCs and console on March 27.