AMD will not be releasing the flagship successor to the Ryzen 7 1800X according to the new leaks, with the highest-end Ryzen 7 2000-series processor landing in the hands of the new Ryzen 7 2700X. 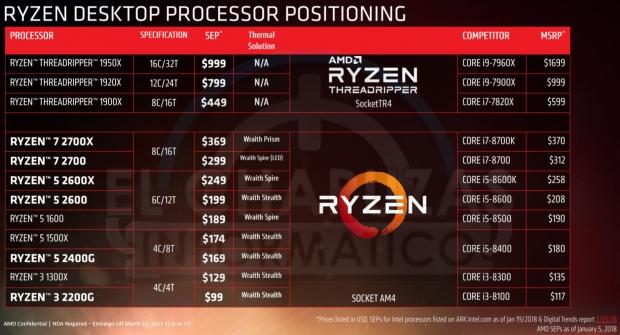 We are expecting X470-based motherboards to be launched on April 19 according to the new rumors, so we should expect many more detailed on the new Ryzen CPUs and 400-series chipset in the coming weeks.