A rumor has surfaced for a new title coming to the Nintendo Switch and it is no other than Team Cherrys Hollow Knight.

It should be noted that Kirby Star Allies is also scheduled for release on that very same day which could mean that Amazon has simply used March 16th as a placeholder date. Adding to the speculation that is this a placeholder date, the Nintendo UK website shows Hollow Knights "release date: 2018." 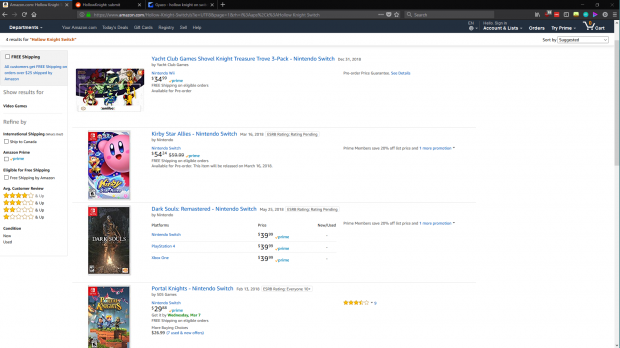