IGN has released a video showcasing Ubisofts Far Cry 5 Gun for Hire companion Boomer. The video shows the perks of choosing Boomer as a companion and the development behind the character.

The video shows associate producer Phil Fournier revealing details about Boomer and how the ideas of implementing a dog companion came to light for the development team. "When we landed in Montana, we noticed - everybody seems to have a dog. That relationship people have with dogs is so strong, and I think that's something we wanted to bring to the game."

Fournier continued by explaining the perks of having Boomer by your side in-game, he said Boomer "is very good as a stealth option. You can send him in front and he won't get detected, because enemies don't really know if he's a threat or not. Boomer's AI, we want him to feel useful. We don't want him to be penalizing to the strategy of the player. Boomer's greatest skill to me is just, walking around in a dense forest, you never know what's going to be around the next corner - it might be a bear, an NPC, a VIP. Boomer walks just ahead of you, and he has that sixth sense, and he'll detect any sort of enemies. He'll even growl if there's a really special threat coming. He's your ultimate protector." 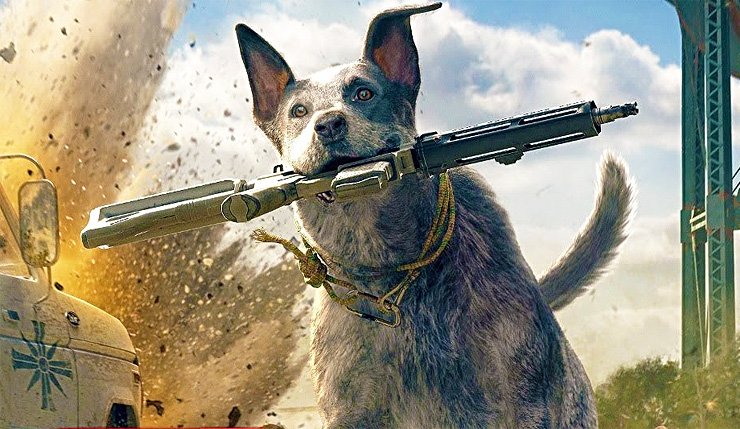 The origins of Boomers creation were also detailed in the video, Fournier explaining that "To create Boomer, we did a lot of research on dog breeds. He's a mix between an Australian Shepherd and a Blue Heeler and we really started to recreate him, and define his shape, his size, his interactions. The experience was amazing. The technicians on the mo-cap set loved the interactions with all the dogs. The dog that did the most Boomer was an Australian Shepherd who was super-sweet."