The horrendous launch of Dynasty Warriors 9 has annoyed quite a few gamers that were excited to jump into the classic hack and slash title. KEOI Tecmo has recognized this and has apologized for the delay on the patch coming to PC gamers. 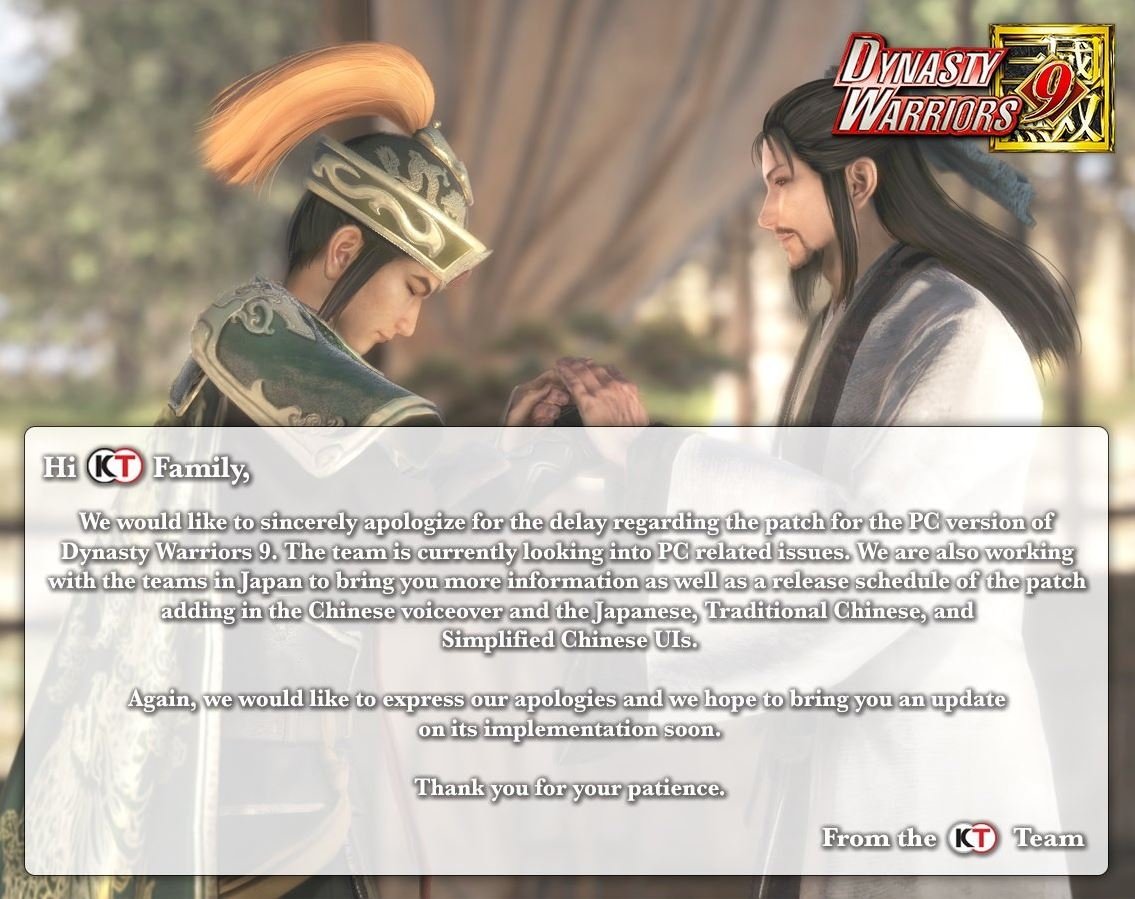 KOEI Tecmo has taken to Twitter to apologize to PC gamers that are awaiting the patch that will hopefully solve majority of Dynasty Warriors 9s' performance issues.

The image that was released with the Twitter post has detailed that the KOEI Tecmo team is currently working on the patch, as well as trying to get in contact with their Japan team for assistance. The Twitter post is located below, I will be doing a follow up article once this patch is released so stay tuned.