God of War has had quite some news surface about it lately and now yet another marketing gift has been given to the public, high quality Atreus and Kratos revealed through a Facebook Messenger mini-game. 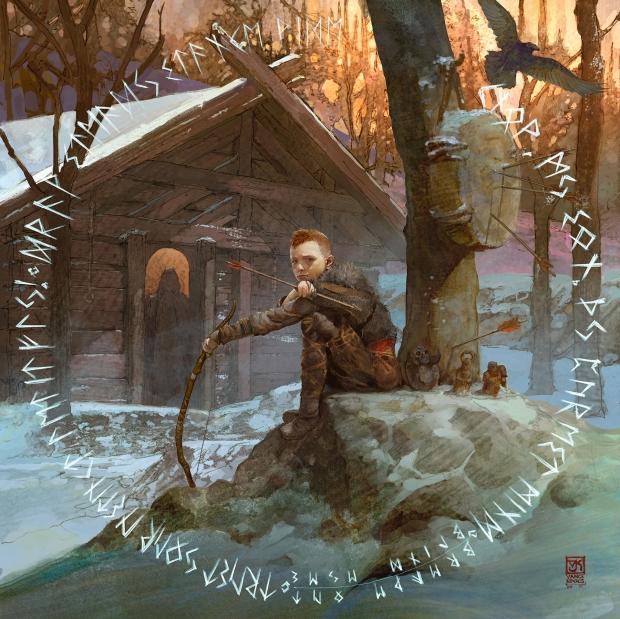 As the launch of God of War is right around the corner Sony Interactive Entertainment released access to this URL, the link will take you directly to the Facebook mini-game which will require you to log in.

Going through the length of the mini-game will reward players with eight pieces of 7200x7200 resolution artwork images which features Kratos and his son Atreus. The art-style almost feels Nordic, the contrast of colour and sketchy look makes the image appear as if it was created long ago. Some images depict Kratos and Atreus surrounded by Draugr and a Revenant, this 'sketchy' art-style is very apparent here. 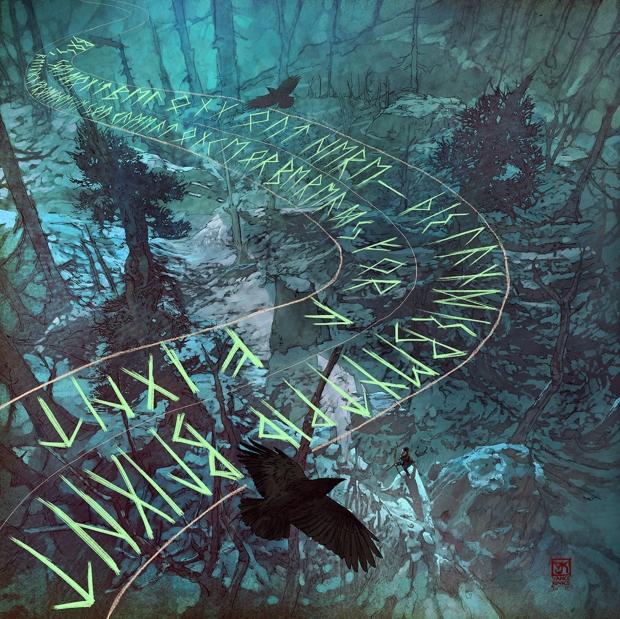 In other God of War news it has been announced that the release of the new game will feature its very own Loot Crate. There has also been a projection of a God of War trailer onto a basketball court showing awesome action with Kratos and Atreus. 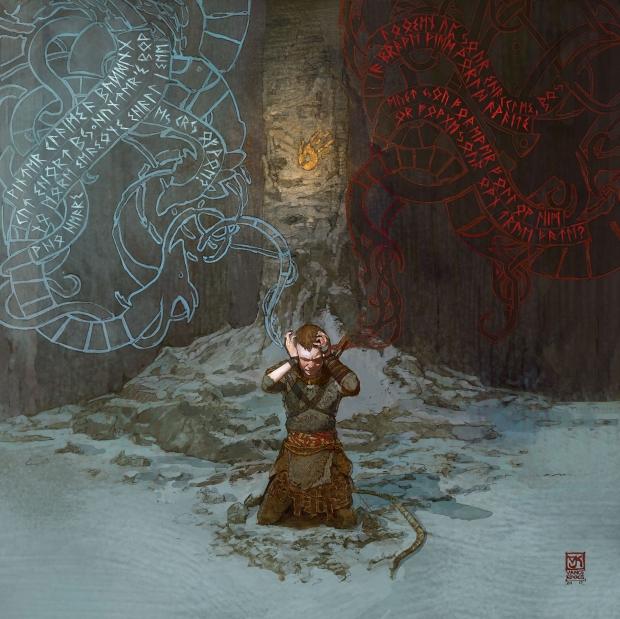 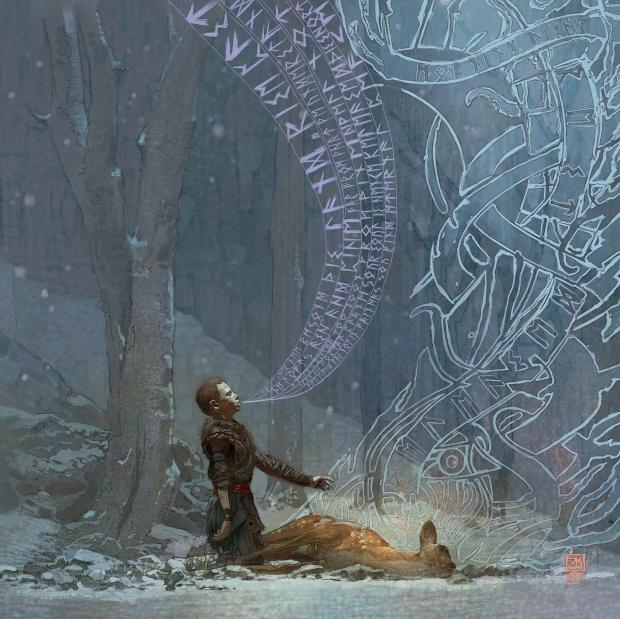 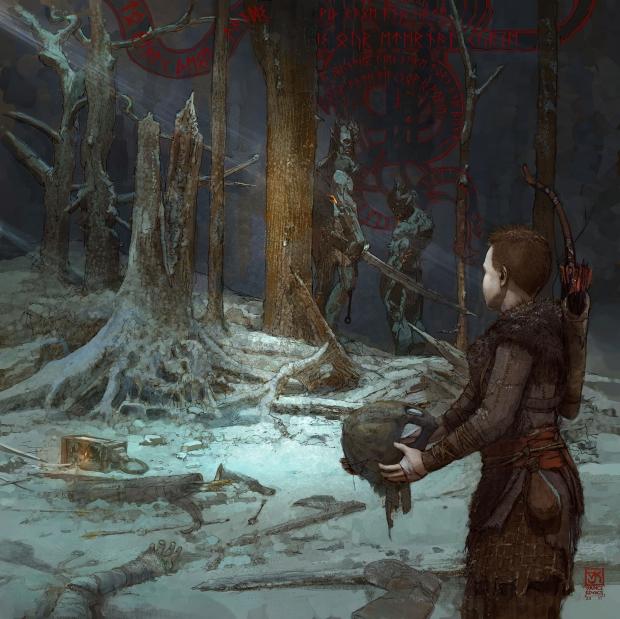 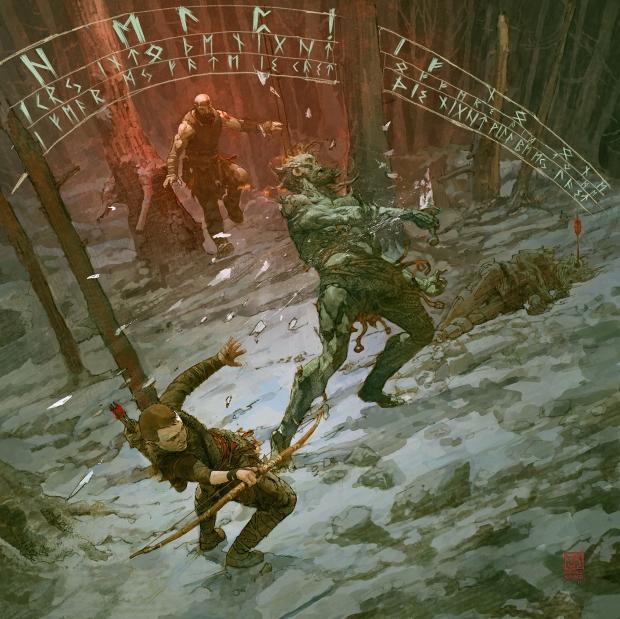 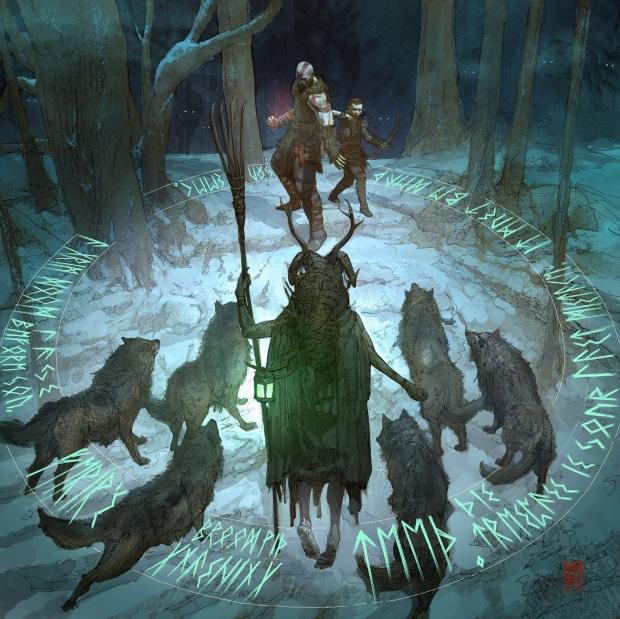 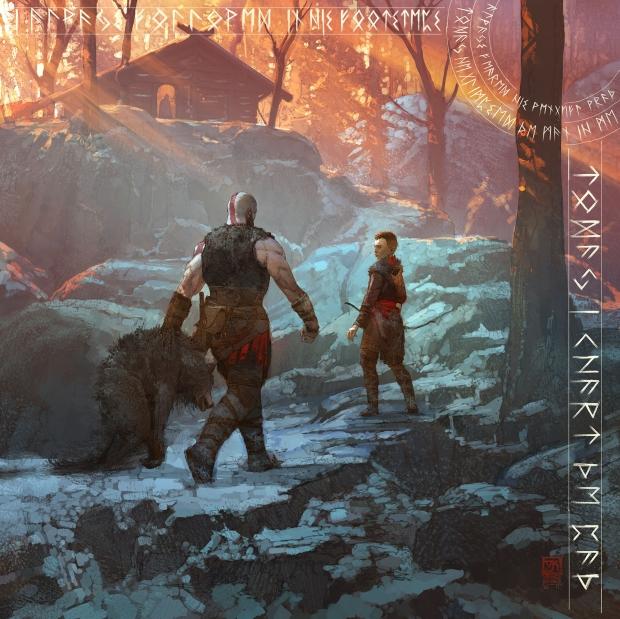