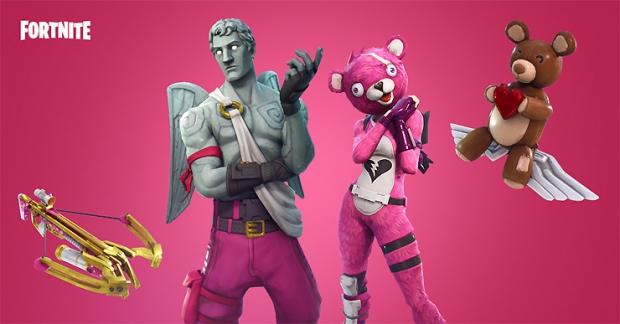 Epic doesn't state what platform gamers are playing Fortnite on, but we should expect they're combining the numbers from the PC, Xbox One, and PS4 versions of the game. Battlegrounds' concurrent players on Steam might be 3.2 million, 200K less than Fortnite, but it is only counting the PC and not the Xbox One version of the game.

Fortnite is celebrating the milestone with some Valentine's Day skins, including a new crossbow and tweaks to the Shooting Test limited-time mode.