In a bid to win back the For Honor community, Ubisoft has transitioned towards a pure feedback-driven approach to its viking-vs-samurai-vs-knights hack and slash game For Honor. 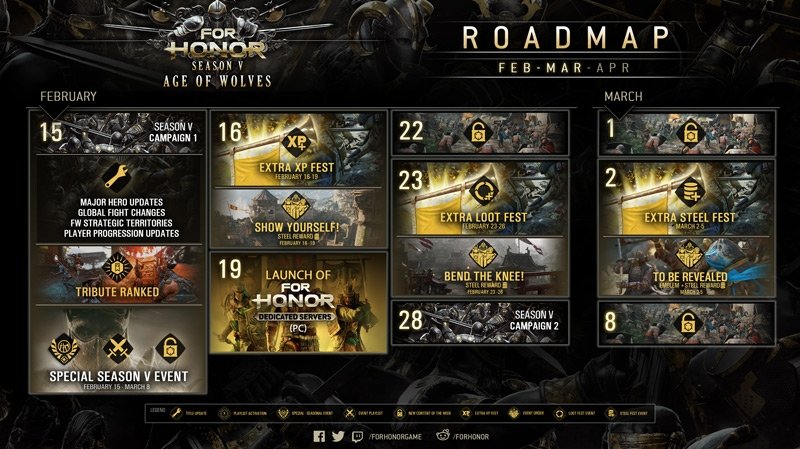 For Honor's dedicated servers will arrive on PC on February 19, shortly after the release of the game's new Age of Wolves expansion, Ubisoft today announced. Following through on its development roadmap revealed last summer and a successful Open Test in December, the For Honor team has just announced that dedicated servers are coming to the PC version of For Honor on February 19.

Console gamers will also get dedicated servers too, but no exact timeline was announced. Ubisoft notes that these new servers will help PVP by removing NAT requirements and session migration, thus improving matchmaking and stability.

"The launch of dedicated servers comes shortly after the arrival of Age of Wolves on February 15. Age of Wolves marks For Honor's fifth season of updates, and features improvements to five of the Heroes, along with adjustments to player progression and ranked play. It will also include a special three-week seasonal event (with an opportunity to win extra rewards), and new training modes that will launch later in Season Five," reads the update.