Yesterday, a trailer for Sea of Thieves washed up on shore and now instead of watching the trailer we are looking at the water itself.

The pirate-themed action-adventure cooperative multiplayer game which is played from the first person perspective allows for players to embark on a voyage across the seas to explore the open world.

To do this players will have to take on specific roles such as steering, hoisting sails, firing cannons and navigation. While doing all of these tasks players will notice the water effects surrounding their ships, these effects are truly incredible as the wave height and swell of the water changes over time while keeping its glistening colour.

Gifs of the water can be found on the Resetera forum, also on this thread people are discussing if Sea of Thieves takes first place for water effects out of every other video game ever. 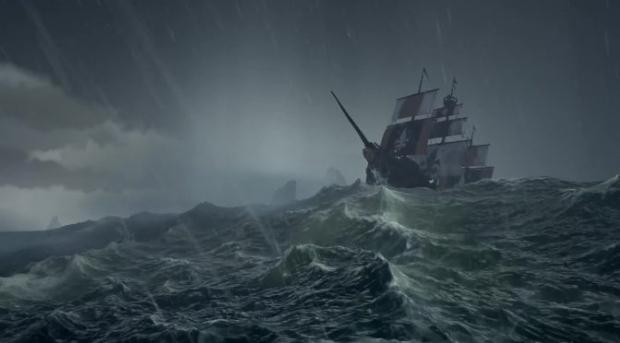