A week ago we learned that the new God of War isn't going to be an open world game, and now more news has surfaced with what the games special edition is going to be on release. 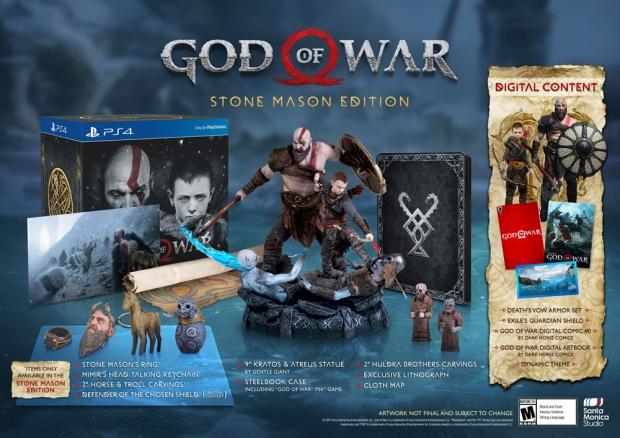 A listing on GamStop's website has revealed what the special edition will be providing players, bonuses to the additional game will include collectables such as a statue, carvings, a digital comic, artbook and more.

Not only will players receive real-life collectables but also a bunch of digital content is provided as well such as a in-game armor set, custom shield and a dynamic theme. From the GameStop listing, it appears that the Stone Mason Edition will be priced at $150.

A full list of the contents within the Stone Mason Edition is provided below.