There is another massive crypto mining boom that has rolled through courtesy of the massive spotlight being blasted onto cryptocurrency (with all the alts bleeding right now), and moreso into crypto mining.

This means you can get yourself NVIDIA's swanky TITAN Xp Star Wars COLLECTORS EDITION graphics cards for $1500, $100 cheaper than a custom GTX 1080 Ti that it most easily beats. Even for miners shelling out cards at this price, you're better off with the TITAN Xp which pushes 42MH/s mining Ethereum, compared to 35-38MH/s from the GTX 1080 Ti. 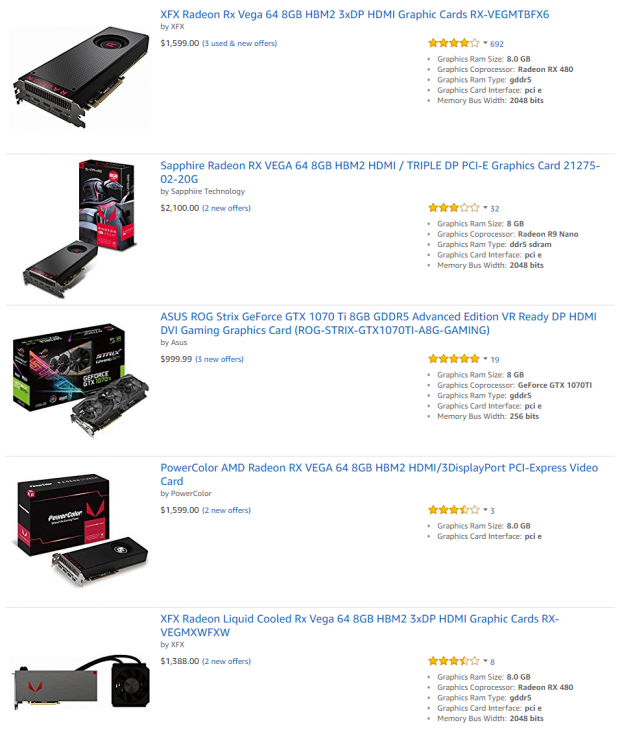 It also doesn't help that AMD couldn't begin to compete in the high-end GPU game, which has seen high-end GPUs only coming from NVIDIA and stock depleting quickly. AMD could've helped by having the Radeon RX Vega succeed and beat the GTX 1080 Ti, but now we're seeing the GTX 1080 Ti become ridiculously expensive as retailers are cashing in on the lack of GPUs.