The latest update for Forza Horizon 3 for the Xbox One X is here, with teh developer unleashing 4K 30FPS action with no drops, as well as adding 4x MSAA on top for a super-sharp 4K gaming experience.

I think it would've been better to run the game at 1440p upscaled to 4K with a constant 60FPS, especially for a driving game the fluidness of 60FPS is unmatched. Playground Games, the developer behind Forza Horizon 3, said that it took them "less than a day from receiving our first Xbox One X kit to get Forza Horizon 3 up and running in 4K, and when we did we still had a lot of spare headroom on both the CPU and the GPU". 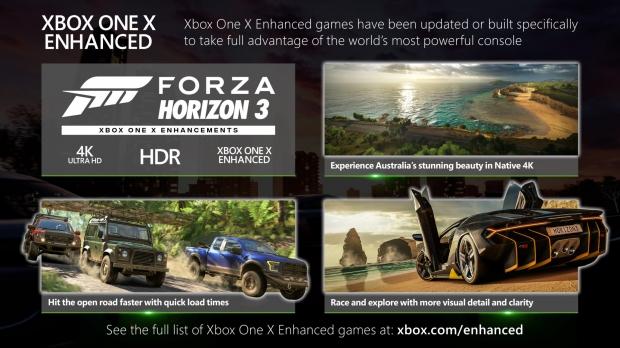