We've been hearing and seeing so much about Samsung's upcoming Galaxy S9 smartphone, but now we have a real look at the purported box for the Galaxy S9. 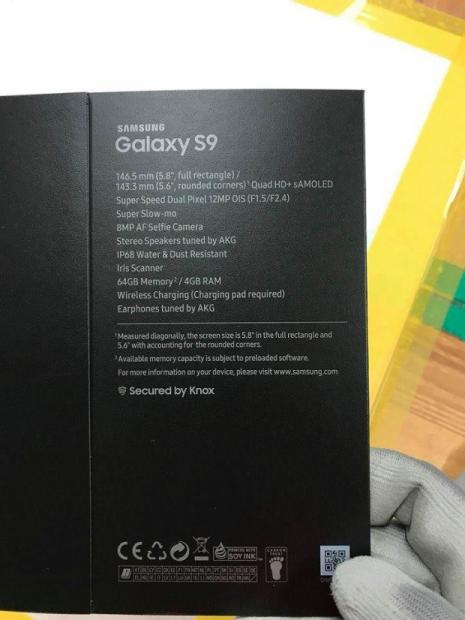 According to the leaked box of the Galaxy S9, we should expect Samsung to use a 5.8-inch 1440p sAMOLED display, with 4GB of RAM and 64GB of storage by default. But it's the reference to the Super Speed Dual Pixel 12-megapixel OIS camera that has caught my eye, which sports a variable aperture between F1.5/F2.4, which should provide DSLR-like photos.

This would mark the first real big leap in camera technology for a smartphone, so expect Samsung to blow minds when it unveils the Galaxy S9 in the coming weeks.