Nintendo released a sneak-peak video this morning of what they are calling 'Nintendo Direct Mini', with the short video we got to see that the company is concentrating on bringing back some older Nintendo titles, as well as giving some more content to current Switch games. What we also did see is Mario Tennis Aces, the one new announcement from Nintendo.

Nintendo hasn't released some measly old tennis game, this is Mario Tennis Aces, it may not seem like the Nintendo game that fans were waiting for but regardless its quite exciting as Mario Tennis Aces will feature a full story mode.

This isn't the first installment into the Mario Tennis series as there has been previous games released on the 3DS and also the Wii U. The previous games could arguably be deemed as tedious or bland, but what we have seen from Mario Tennis Aces could revive the series with a storyline that hasn't been seen in Mario Tennis games for over 10 years.

Nintendo gave a quick run-down of what players can expect to be serving up in the new Mario Tennis Aces:

"Mario Tennis Aces brings a new level of skill and competition to Nintendo Switch. Mario steps onto the court in classy tennis garb for intense rallies against a variety of characters in full-blown tennis battles. New wrinkles in tennis gameplay will challenge your ability to read an opponent's position and stroke to determine which shot will give you the advantage. And this time the game adds the first story mode since the Mario Tennis game on Game Boy Advance, offering a new flavor of tennis gameplay, with a variety of missions and boss battles."

Mario Tennis Aces will be coming to the Nintendo Switch sometime in the Spring of 2018. 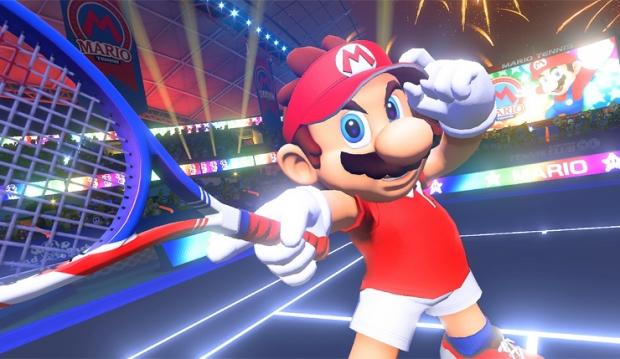