A French startup called Cosmo Connected has launched a smart light product that attaches magnetically to the back of the riders helmet. 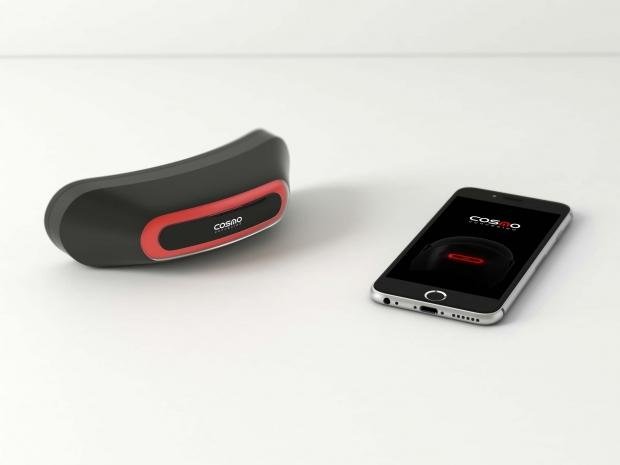 The 'smart light' that has eight LED lights installed is designed to ensure the riders safety with a suite of safety features that include: automatic turn signals, a deceleration light which indicates drivers that the rider is slowing down and also a "fall detector" which alerts family of possible injuries.

The automatic turn signals will be activated by using the riders route on the SatNav app or through a optional remote control that can be secured to the handlebar of the bike. The app also has an array of sensors that will automatically alert family or friends in any cases of injuries that happen while traveling. Accompanied with this software is also the option of subscribing to a service that will automatically alert emergency services in times of injury as well.

Cosmo Bike is believed to be available sometime in the fall of this year for $60, the company has not provided details on the cost of the remote control as of yet.