AMD has confirmed they will be launching their second generation Ryzen CPUs in April, with the new Ryzen processors to be made available alongside the next-gen X470 chipset and a slew of new motherboards. 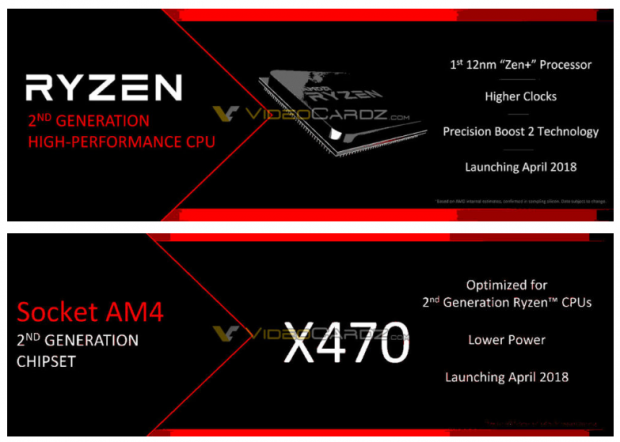 The company has confirmed their second-gen X470 chipset will be oiptimized for the new Ryzen processors, with lower power consumption being a key feature.

AMD's refreshed Ryzen CPUs will be the first on the 12nm, with higher clock speeds, Precision Boost 2, and more.