It appears HTC is teasing a new re-vamped version of its Vive virtual reality headset ahead of the bit Consumer Electronics Show in Las Vegas. 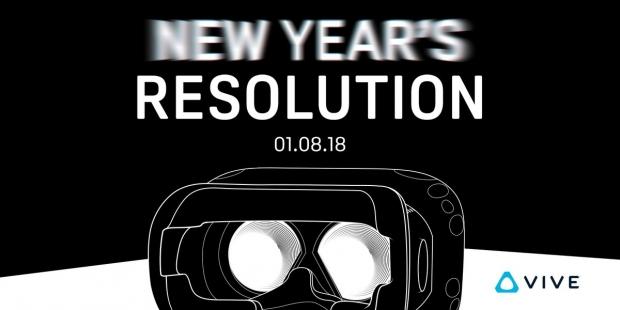 Despite not really taking off as a majorly accessible gaming device, the Vive (and the Oculus Rift for that matter) aren't going anywhere any time soon. VR is here to stay, even if it's still not fully matured as a big part of the games and interactive industry, and now the Vive-makers at HTC have pretty much said a new headset is on the way.

In an extremely well-timed Tweet, HTC made a pun regarding New Year's resolutions with a Vive graphic thrown in for good measure. This pretty much leads us to believe that a new headset is on the way with expanded resolution. This could be the new next-generation Vive headset people have been talking about for a while, or it could be a refresh that pushes the OLED panel resolution past the 2160 x 1200 of the original.

If it's the next-gen model, I'm thinking HTC will show a prototype or a teaser at CES 2018 in Las Vegas to whet our appetites and keep gamers interested throughout the year. Or maybe, just maybe, they're ready to launch the higher-end model sooner than we thought?