The recent success of PlayerUnknown' Battlegrounds has inspired developers to pick up the popular new genre and attempt to implement it into different games. Hi-Rez studios, the developer of Paladins, is one of these companies and will be updating their game to receive a new battle royale mode in 2018.

Hi-Rez Studios announced the news on their YouTube channel, showing off the games new mode in cinematic form and gave a quick run down of what players will experience in the description "Enter a fantasy world of ancient technology in Paladins, a team-based shooter with strategy elements and deep character customization. Through a unique collectible card system, players can amplify and augment a character's core set of abilities to play exactly how they want to play."

Furthermore, Paladins has deemed this new mode 'Paladins: Battlegrounds' and has also provided a complete list of the key features that will be within the game:

- Ride your mount through a massive fantasy-themed map that's over 300 times the square footage of a typical siege map. All while exploring the map for loot through the four dozen

- Paladins: Battlegrounds mashes up the ability driven combat with the survival gameplay of a Battle Royale game offering a highly unique experience. Thanks to each player having a

distinct rolls such as healing, tanking, trying to assassinate unsuspecting victims as a flank and dealing out damage to take out the opposing forces.

- As with every Battle Royale game, Paladins: Battleground also features the constricting fog mechanic that makes the playable zone more smaller as time goes by. Making fights between 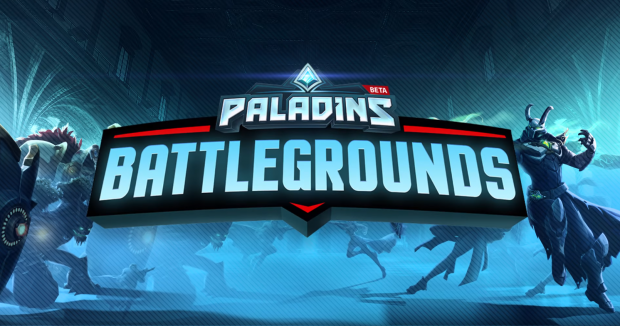