Final Fantasy dev Square Enix is pushing into the new year with lots of ambitious plans, and wants to embrace emerging and disruptive technologies. 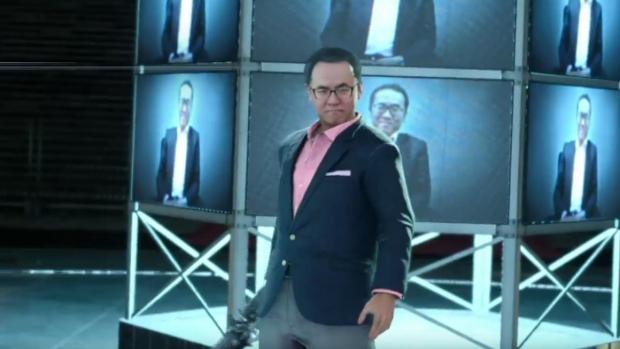 Typically we get a good idea of what big publishers and devs will do from their fiscal year results, especially regarding release slates and earnings, but Square Enix CEO Yosuke Matsuda recently highlighted some of the future paths for the company in a jovial new year's message.

The letter--which we've included below--is quite lengthy but worth a read if you're interested in Square Enix and its games. While 100% specifics aren't really touched upon, the CEO's message does highlight the future path of the company and aligns with some of our predictions, including a unified online digital storefront similar to uPlay.

Here's the message in full:

The environment surrounding the content industry is undergoing significant changes as advancements are made simultaneously in multiple technologies, including AI, xR (VR, AR, MR), next-generation communications systems, and payment infrastructure. As a result of these advances, consumers are likely to enjoy richer content experiences and greater convenience. These environmental changes look poised to gather further momentum going forward, and we expect them to serve as a tailwind for our Group. As such, we will forge ahead with our content development efforts and accelerate the expansion of our global content business.

In 2017, AI garnered considerable attention globally for its far-reaching disruptive potential, and advancements were made in the commercialization and uptake of xR (VR, AR, MR) technologies.

With the Olympic and Paralympic Games set to be held in Tokyo in 2020, Japan is preparing to ramp up its 5G infrastructure build-out. In the near future, this effort should result in mobile networks that provide constant connectivity and support massive data traffic at a low cost. Since HTML5 already enables web browsers to display high-quality 3D on par with native apps, browsers may garner renewed attention as a gaming platform once 5G networks are in place.

The expanded application of fintech is also capable of putting emerging market payment infrastructure on par with that of advanced nations in short order. Payment infrastructure is as vital to digital content businesses as is communications infrastructure, so its rapid development should serve as a significant tailwind to the geographic expansion of our Group's businesses.

As these examples illustrate, technological advancements result in new forums for creating content and in new business opportunities. For this reason, they are a major enabler for content producers in their efforts to provide their customers with new experiences. We look for such advancements to gain even further momentum in 2018 and beyond.

Another key feature of the current digital content landscape is the smartphone.

Annual global smartphone shipments are now in excess of 1.5 billion units1, making the smartphone an essential device for the enjoyment of digital contents, and the evolution of smartphone technology knows no bounds.

In the consumer game console space, March 2017 saw the release of the Nintendo Switch, which has proven a major global success, selling more than 10 million units worldwide. PlayStation 4 has also seen sales of more than 70 million units, and the Xbox One series, which has just added the Xbox One X to its lineup, got off to a good start during the holiday season. These successes present major business opportunities to game publishers and developers. 2017 was also a year in which Japanese game titles represented a significant presence on the global consumer console game market.

While the consumer console game market has been solid in the West over the past several years, it has struggled in Japan. However, we expect the Japanese market to gain significant vitality going forward as it joins the overall trend.

New amazement and fun for our customers everywhere

In 2017, our Group saw results from our ongoing strategy of portfolio expansion as we were able to generate numerous hits with major and mid-sized titles in entertainment content markets around the world. In 2018, we will leverage the aforementioned global acceleration in technological evolution as well as prevailing market trends in order to provide high-quality, highly creative contents so that we can bring new amazement and fun to our customers the world over.