Paramount Home Media Distribution has partnered up with Bigscreen to showcase the first screening of Top Gun in a virtual reality cinema, the screening begins at 6PM EST on December 29th. 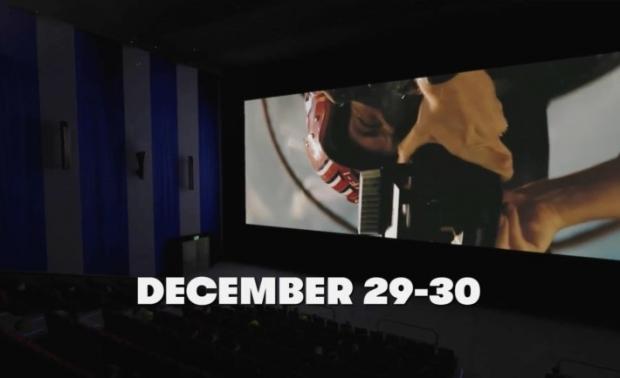 Bigscreen hope to bring a different feel to the cinema world but without taking away from the luxuries of actually being inside a cinema. The idea is to bring the cinema experience to home audiences, where users will be able to interact with each other in virtual lobby and watch videos on a virtual movie screen which is equipped with complete immersive surround sound and lighting effects.

Bob Buchi, President Worldwide Home Media Distribution, Paramount Pictures said "Bigscreen's virtual reality platform offers a new way for fans to experience films in their homes" and "We're excited to be a part of this experiment using cutting-edge technology to give fans a new entertainment option."

For those interested in joining the free viewing of Top Gun you would be required to have a compatible VR headset, Windows 10 and Bigscreen's free application. VR headsets that are currently compatible are the following Oculus Rift, HTC Vive, all Steam VR-compatible headsets, and all Windows Mixed Reality headsets.