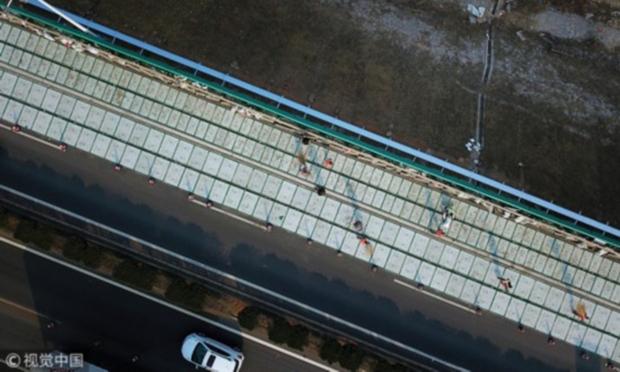 The third layer is a thick strip of insulation which is placed below the solar panels to ensure that none of the panels are damaged from roots, dirt, rocks or any movement underground.

The Chinese engineers constructing the photovoltaic express-way say, "The roads are also designed to provide technical support to unmanned vehicles in the future." and will also be able to release electricity to any electric vehicles travelling above them.

Another perk the solar-powered road has, is that during winter the road will be able to melt any ice or snow covering the surface, the concrete road will be heated using the below solar panels, ensuring maximum safety for drivers on the road.