Now that mobile phones have become a necessity in everyday life and a very large amount of the population carry the device, a common thought across peoples minds is the breaking of your precious phone screen and the annoyance of having to go and get it replaced. Luckily, we are making advancements in phone screen technology to prevent the breaking from occurring in the first place as well as now a much more possible solution, self-regenerative phone screens. 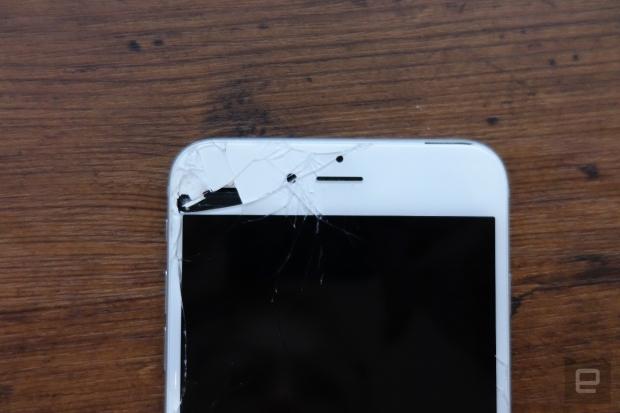 Researchers in Tokyo have discovered a new polymer that will be able to do just this and will be the future of self-healing phone screens. Professor Takuzo from the University of Tokyo published a study in Science called "Mechanically robust, readily repairable polymers via tailored non-covalent cross-linking," this new glass is called "polyether-thioureas" and will be able to heal itself with only the pressure from our hands.

This special glass was actually found by accident by a graduate student named Yu Yanagisawa, Yanagisawa thought that the material was going to turn to a glue like paste but was shocked at the discovery of the individual shard of glass reforming with each-other at just 21 degrees Celsius, hand temperature.

"High mechanical robustness and healing ability tend to be mutually exclusive," said researchers. "In most cases, heating to high temperatures, on the order of 120 degrees Celsius or more, to reorganize their cross-linked networks is necessary for the fractured portions to repair."

With this new technology phone screen repairs/screen protectors will become a thing of the past, its discoveries such as this one that are the steps forward into bringing these technologies to the mainstream.