With the price of Bitcoin reaching the peaks of $19,086 earlier today, it should come as no surprise the flood oof cryptocurrency-related news would reach the point of using the human body to mine crypto.

We've reached a point where a Dutch startup believes that human beings should be like they were in The Matrix, simply batteries to run the system. The Institute of Obsolescence (IoHO) is based in The Hague, where it works on seeing how people can be capitalized at a biological level, with data production labor through art and research projects.

IoHO has built a body suit that harvests the excess heat generated by your body, and mines cryptocurrency with it. This means you could effectively be laying down for hours per day, or even sleeping and your body is generating money. I didn't think I'd ever type that, but here we are - December 2017 and we're mining cryptocurrency with our bodies.

But do you make much money from it? Well, there were 37 workers who put some 212 hours of "work" between them, where they harvested 127,210 milliwatts of electricity. They mined 16,954 coins in total, with 80% of the cryptocurrency earnings going to the workers while the rest went to IoHO.

The future? Manuel Beltran is an artist, activist, researcher, and founder of IoHO who started the project so that people would start thinking about a future where robots and AI will replace the human labor force. He said: "I met a lot of people who have pessimistic feelings about the future. Politics are out of control and we have no say. We are ruled by algorithms which we don't even understand. We don't know whom to fight and how we feel. Maybe art can help us to imagine and to start the fight". 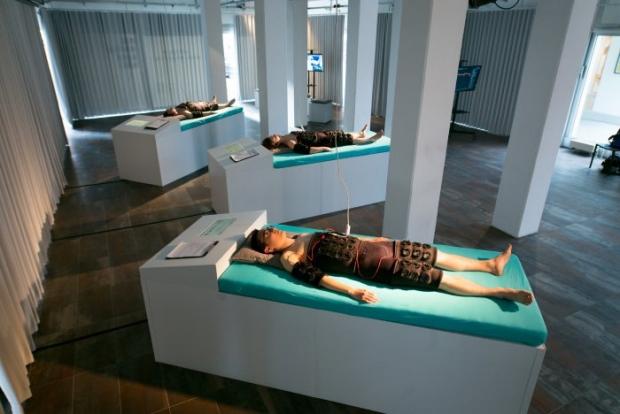