Qualcomm Snapdragon Tech Summit 2017 - Qualcomm had one surprise after another today, but one of the standouts was having AMD Corporate VP and GM for Client Computing, Kevin Lensing, on stage announcing a large collaboration between AMD and Qualcomm. 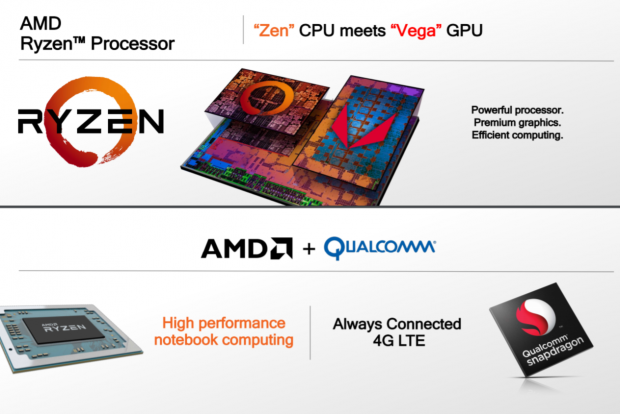 As some of you might know, AMD is set to release their Mobile Ryzen with Vega graphics in the New Year, and took the opportunity during Qualcomm's Snapdragon Tech Summit to surprise us with the announcement of AMD using the Snapdragon X16 LTE modem on their new APU.

This means we'll have the worlds of the Ryzen CPU architecture, Vega GPU architecture, and Qualcomm's industry-leading Snapdragon X16 LTE technology all on a single design.

There wasn't much announced outside of this, so we should expect more details during AMD's Ryzen event before CES 2018 early next month.