Las Vegas and AAA have teamed for a 12-month trial of self-driving shuttles in Las Vegas, starting on November 8 with one of Navya's shuttle doing a half-mile circuit in the downtown Fremont East district. 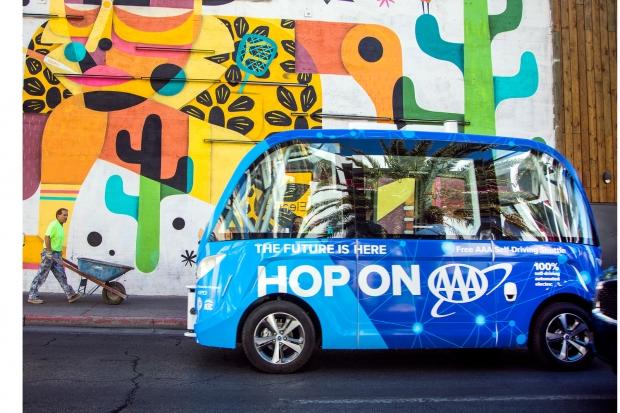 AAA have promised to donate $1 to the Las Vegas Victim's Fund for every passenger, with a minimum $100,000 pledge, which will incentive people to jump on-board.