Wolfenstein II: The New Colossus is about to launch, and it should be quite the stunner on the PC with some Vulkan-based optimizations ready to stretch out those hard-to-find Radeon RX Vega graphics cards.

Developer MachineGames has put in some serious work into the PC version of Wolfenstein II, with an uncapped framerate that all id Software games feature as id Software has a "very strong PC DNA". We have 4:3, 16:9, 16:10 and 21:9 UltraWide aspect ratio support, right through to 4K - and I'm sure 8K, something I'll be testing next week on my fleet of GPUs.

Wolfenstein II will have support for the Vulkan API, with DOOM already putting the API to good use on high-end graphics cards. But now Wolfenstein II will have Vulkan in a new way, with the developer wanting to "take it to the next level". MachineGames explain: "Using Vulkan when developing has allowed us to utilize the power of AMD's VEGA graphics chips in ways that were not possible before, giving us fine grained control over the performance and feature set of the GPU without having to sacrifice artistic intent. Combined with the flexibility of AMD's hardware, Vulkan gives us the artistic freedom to deliver Wolfenstein without compromise".

It's interesting to see Bethesda make a big note of being able to "utilize the power" of the Vega GPU architecture from AMD in "ways that were not possible before", with a big claim of giving the developer "fine grained control over the performance and feature set of the GPU without having to sacrifice artistic intent", which means we should see Vega-specific visuals and features that aren't available on any other Radeon or GeForce hardware? Interesting. Big claims there, Bethesda - I hope it's not just your marketing agreement with AMD speaking here. 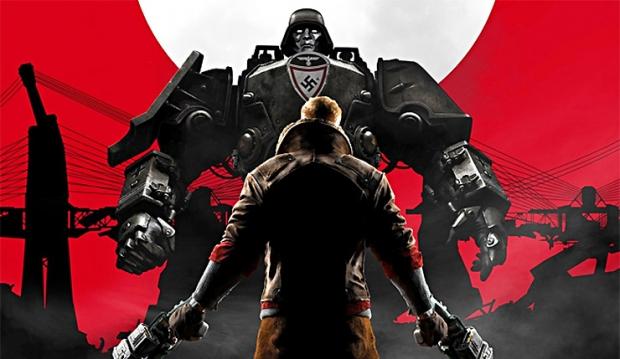 As for controls, MachineGames promises "full keyboard and mouse rebinding options" with separate controller and mouse/keyboard sensitivity options. If you want gloriously sharp gaming experiences with Wolfenstein II, there are plenty of anti-aliasing methods included: TAA, FXAA, SMAA, and TSSAA.

We also have FOV adjustment between 70 and 120 degrees, with a bunch of Advanced Visual Settings: