We're only a few days from the reported launch of NVIDIA's new GeForce GTX 1070 Ti graphics card, with more teases of custom cards this early into the game (sorry, AMD) from ASUS yet again with two of their GTX 1070 Ti offerings. 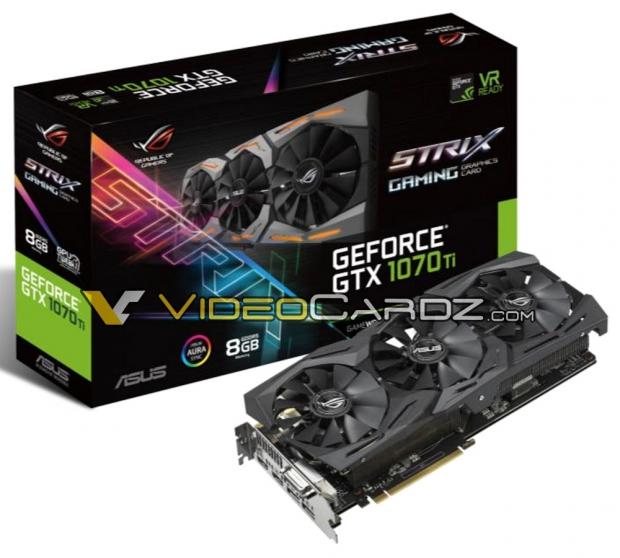 ASUS' first is the flagship ROG Strix GTX 1070 Ti which rocks a triple-fan cooler, but will it be overclocked will be the main question. ASUS was reportedly meant to have an "OC GAMING" variant, but because NVIDIA is said to have locked overclocking on AIB cards, ASUS scrapped that card. This is why there's also the GTX 1070 Ti TURBO, which is based on the reference NVIDIA board design, with a blower-style fan. 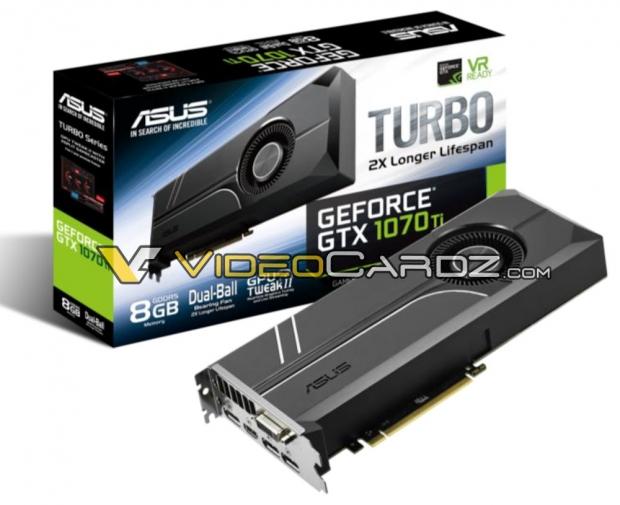