The amount of drama surrounding Intel's recent launch of their Coffee Lake/8th generation CPU architecture and the new Z370 chipset has been astounding, and it just got a lot more interesting. 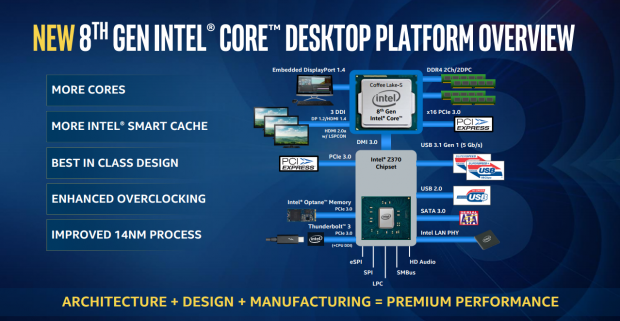 ASUS ROG motherboard Product Manager, Andrew Wu, confirmed with Bit-Tech that Intel's previous-gen Z270 chipset is compatible with Coffee Lake CPUs, with Wu saying it would require a small change "depending on Intel's decision". Bit-Tech asked if it was a "physical limitation", but Wu replied saying "Not really. It [the power delivery] makes a little bit of difference, but not much".

Then the big question: "so if you wanted and Intel let you, you could make Z270 compatible", to which Wu replied: "Yes, but you also require an upgrade from the ME (Management Engine) and a BIOS update. Intel somehow has locked the compatibility". There you have it folks, Intel is locking users out of upgrading to Coffee Lake on their current Z270 boards, by forcing users to buy a Z370 motherboard.