Wolfenstein II: The New Colossus is based on a singular narrative concept: catharsis.

Back when Bethesda teased Wolfenstein II: The New Colossus at E3 2016, I predicted it'd take place in Nazi occupied America (the New Colossus is the name of Emma Lazarus' poem inscribed on the Statue of Liberty). That name alone gave me an idea of what the game would be about, as did my prediction--and that was no mistake. According to Machine Games creative director Jens Matthies, the Nazi-blasting sequel is focused on catharsis.

"We always have a theme for each game in terms of the narrative," Matthies said in a recent interview with Stevivor. "In The New Order, the theme was dogma and what it means; the dogmatic sort of philosophy of life, and the consequences of that. And that theme reads through all of the characters and all of the character arcs in the game and the story as a whole."

"For [The New Colossus], our theme was catharsis. That's like the thing we write at the top of the whiteboard when we started brainstorming. So, that's something that flows very deeply throughout this game, is the idea of catharsis. I think when you play the game you will get a very strong sense of that."

But what is catharsis, exactly? Here's a definition, and my personal thoughts on how the game's theme will ignite the soul of Wolfenstein.

But it's these sample sentences that illustrate the point most clearly, and perfectly tie into the core of Wolfenstein II: The New Colossus' narrative-driven soul:

Random prediction: At some point in Wolfenstein II: The New Colossus gamers will control a huge mechanized Statue of Liberty (Ghostbusters 2 style) that's been turned into a Gundam-like robot that smashes Nazis.

The game will show America completely dominated by Nazi culture, subjugated by the iron grasp of the Third Reich and all of the freedoms millions fought and bled for completely invalidated. As BJ Blazkowicz, players will channel their hate, pain, and suffering into a burning fury that fuels the fire of the resistance--a resistance that ultimately burns down the Nazi establishment to the ground.

Our catharsis will be shooting the living hell out of Nazi soldiers, saving freedom fighters from the clutches of the black talons of fascism, and coordinating a series of events that win back our homeland.

This is an interesting concept, and one I can't wait to explore and fully realize when the game launches in just two weeks. I have a feeling Machine Games will have another excellent shooter on their hands that not only delivers an explosive, action-packed thrill-ride into a hallowed alternate timeline, but spins a yarn that makes players think about what could've been if the Nazis had won the war. 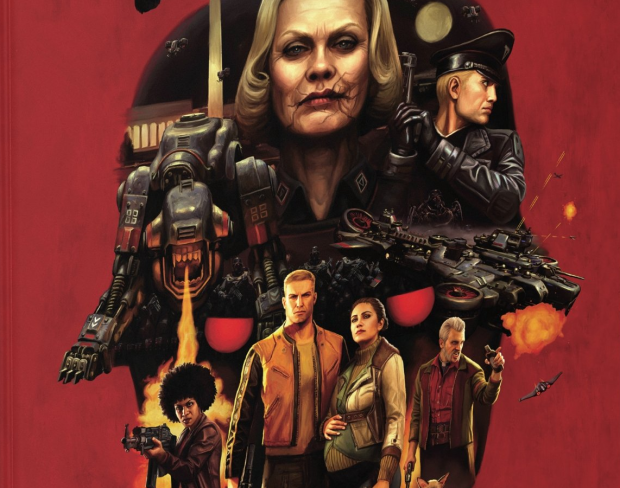