BioWare has lost another big source of talent at the studio, this time with Dragon Age creative director Mike Laidlaw departing the studio. 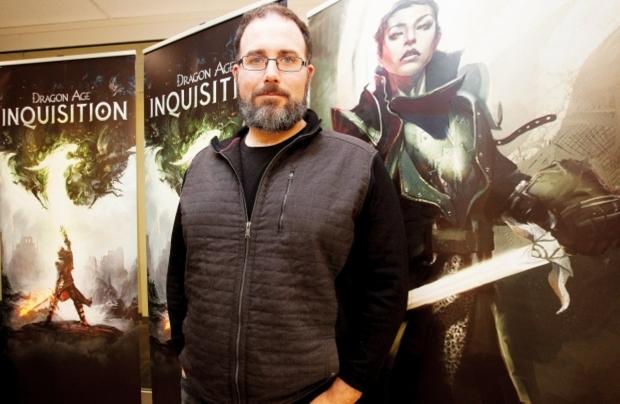 Mike Laidlaw, one of the main creative forces behind the Dragon Age series of games, has left BioWare after 14 years. His departure follows ex-studio head Aaryn Flynn leaving BioWare in July. While Laidlaw didn't reveal exactly why he departed, citing that "after 14 years and working on Jade Empire, Mass Effect and Dragon age, it's time for me to move on," his departure is interesting given BioWare is currently making a new Dragon Age project.

As for the future of Dragon Age, and the next project, Laidlaw says he's confident the series is in great hands with BioWare veteran Mark Darrah overseeing the team.

Laidlaw served as Lead Designer on Dragon Age: Origins and Dragon Age II and Creative Director for Dragon Age: Inquisition, helping raise the pillars and foundations of the in-game universe. His departure will be sorely missed by core fans, but we'll always have the amazing experiences he helped make.

Here's a direct quote of Mike's announcement of departure:

It's with a mix of emotions that I'm announcing my time with BioWare has ended. After 14 years and a chance to work on Jade Empire, Mass Effect, and all things Dragon Age it's time for me to move on.

In my time at BioWare I have been lucky to work with some of the most talented and hardworking people in the industry. It's been an honor to be part of the Dragon Age team, and I have every confidence that the world we've created together is in good hands and I'm excited for the road ahead.

For the near future, I plan to spend my time reconnecting with all the amazing games and worlds that my peers have created, and I look forward to sharing those experiences with you all on Twitch and Twitter.

To everyone who's taken the time to share feedback and experiences, your amazing cosplays and artistic creations: thank you. You've made my time "in Thedas" amazing. Your passion inspires me and I look forward to our next adventure together.