To celebrate the upcoming home video release of ''The Walking Dead: The Complete Seventh Season', we have ten Blu-ray copies to give away thanks to our friends at eOne Home Entertainment! 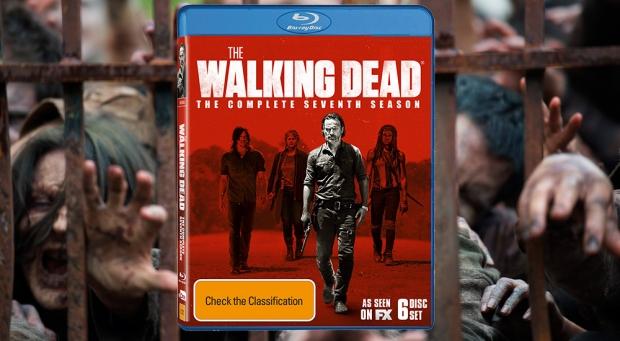 Picking up immediately after the thrilling cliff-hanger, Negan forces Rick and the group to fall under his will, brutally convincing them to live by his rules. To prevent further bloodshed, Rick genuinely believes they can make life under Negan, however terrible, work. But he soon learns that Negan can't be reasoned with, and they must prepare to go to war. Victory will require more than Alexandria, and Rick will need to convince their new allies from the Kingdom and the Hilltop to band together with the common goal of taking down Negan and his army.

To go into the running to win a prize, post this article to your social media profiles and send your correct answer to the following question (along with your postal address), to ben at TweakTown dot com before the competition closes on September 29:

Name the creators of the original 'Walking Dead' comic book

'The Walking Dead: The Complete Seventh Season' is available to purchase on Blu-ray and DVD at leading Australian retailers from September 27.