Capcom's new MMO-style Monster Hunter game gets an official release date, and it's sooner than we expected! 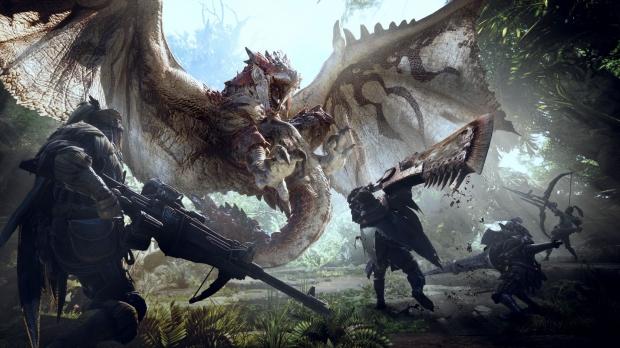 Monster Hunter World will see a simultaneous global release on January 26, 2017, Capcom today confirmed at this year's Tokyo Game Show. The game, which brings players from all across the world together with online-based co-op play, sees gamers entering an engaging and dynamic world replete with seamless map roaming, drop-in and drop-out multiplayer, and tons of monsters that're bound to a realistic food chain. In a recent article I admitted Monster Hunter World looks truly alive, and I can't wait to return to a proper console-based MonHun experience.

Launching this ambitious online game in January means the title will fall within Capcom's fiscal year 2018 timeline, which ends on March 31, 2018. This will ensure the publisher ends its fiscal year with massive earnings from the landmark RPG--not only is the game a mainline entry in the massively popular Monster Hunter franchise, but it's an online game which offers tremendous potential for monetization.

The developer plans to sell a combined 10.3 million units of Monster Hunter World and Marvel vs Capcom: Infinite, and forecasts that both games will make up 44.78% of games sold throughout the fiscal year period. You can read more about Capcom's financial performance here.