Quake Champions has hit Steam Early Access, offering up the first-person gibfest for $29.99 - even though it's a free-to-play title. What do you get for $30? Well, you get access to all of the upcoming fighters through to the end of 2018, and a little more.

The $30 entry price into Quake Champions on Steam Early Access will get you the aforementioned Champions through to the end of 2018, but you'll also get an exclusive look at Ranger, and three boxes that you can open for cosmetic items, yay.

What you'll get in the Sample Package:

What you'll get in in Quake Champions' Steam Early Access phase: 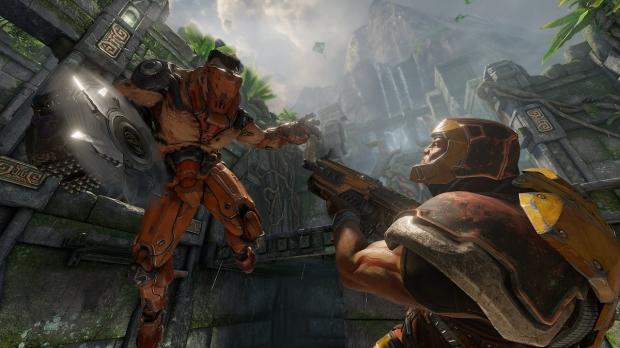