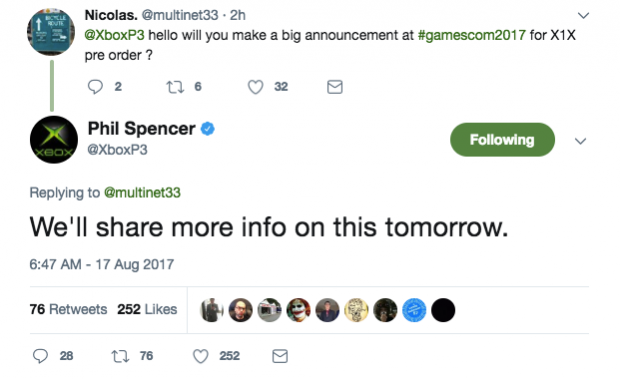 Xbox boss Phil Spencer was asked on Twitter when more details for Xbox One X pre-orders will begin, with Spencer tweeting back: "We'll share more info on this tomorrow". Towards the end of July, Spencer said that the company had planned its pre-orders for Xbox One X already, with an official announcement not far away - it seems not far away meant, today.