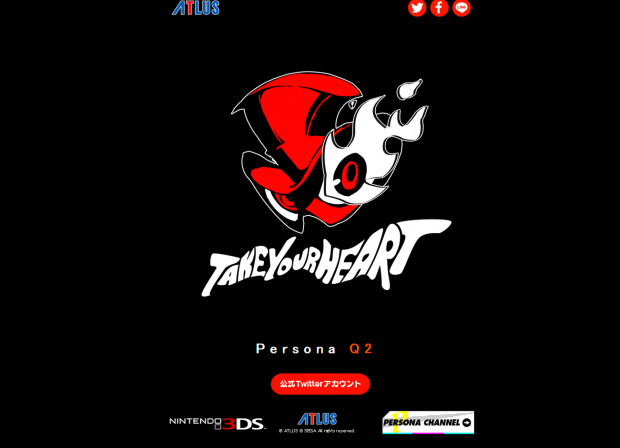 Persona Q2 has been officially announced, but we don't know anything about the game other than it's coming to the Nintendo 3DS and is likely a sequel to 2014's Persona Q: Shadow of the Labyrinth. The new game may also be connected to Persona 5, as the announcement website has the tagline "take your heart", which was used in Atlus' hit Persona 5 release.

These announcements fall in line with SEGA's promise to continue expanding its IPs across all platforms. SEGA publishes Persona games, and Atlus is a subsidiary of Sega Sammy Holdings, the parent company.

No release date or actual information was revealed for Persona Q2, but it's likely releasing in 2018 alongside other newly announced games Persona 3: Dancing Moon Night and Persona 5: Dancing Star Night.