The Z2 Force features a 5.5-inch display with ShatterShield, which is a layer of shatter resistant coating on top and runs Android 7.1.1 Nougat. 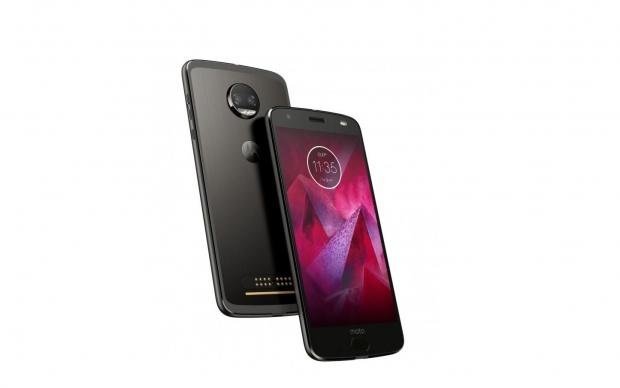 The device is powered by Qualcomm's Snapdragon 835 processor and comes with 4GB of RAM, and 64GB of internal storage, expandable with a microSD card. On the back of the phone is a new dual camera system, consisting of two 12MP f2.0 cameras. The front shooter comes with 5MP.

Other features include a 2,730 mAh battery and a fingerprint sensor. The device doesn't have a 3.5mm headphone jack, but an adapter comes with the phone.

The phone has full support for Moto Mods, including all of last year's models and the new ones announced this year with the Moto Z2 Play.

The phone will be available in Super Black and Fire Gold at a steep price of $800.

The company is also for a limited time bundling the pico projector Moto Mod with the new Z2 Force.