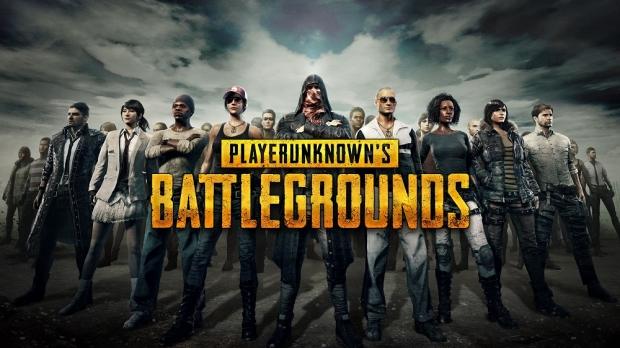 PlayerUnknown's Battlegrounds has become a formidable force in PC gaming. The early access game has earned an impressive $100 million in three months, selling 4 million copies of its addictive battle royale survival sim on Steam. Not only has the game sold well, but players are sticking to the experience thanks in no small part to its online multiplayer mechanics. 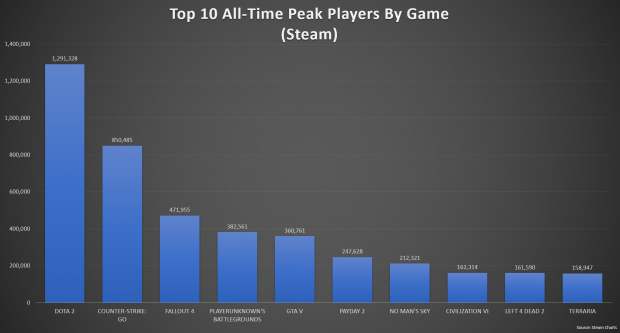 If that wasn't enough, PlayerUnknown's Battlegrounds' average player count increased by over 30% in June to 139,900 players. We also have a handy graph to show the game's player growth since its March release. 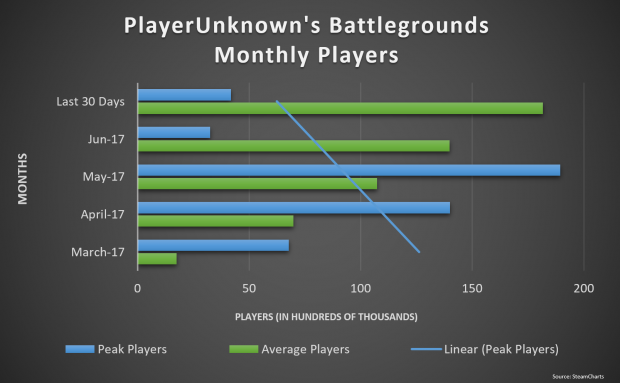 The developers at Bluehole recently signed an exclusive streaming deal with Facebook to showcase PlayerUnknown's Battlegrounds streams once a week. This deal should increase visibility and have a tremendous effect on new players.

Furthermore, PUBG is headed to Xbox One consoles in 2018, with 4K enhancements on the Xbox One X.