Monster: Hunter World might be Capcom's most ambitious game in recent memory. The new entry brings the Monster Hunter series into an incredibly vibrant open world that may even rival Zelda: Breath of the Wild's Hyrule in its dynamic interactivity, and matches this robust backdrop with a drop-in/drop-out online co-op system that unites Japanese and Western players for the first time. In many ways the game resembles MMO-style worlds with a staggering level of depth, allowing players to really interact with and user their surroundings to take down fearsome monsters. 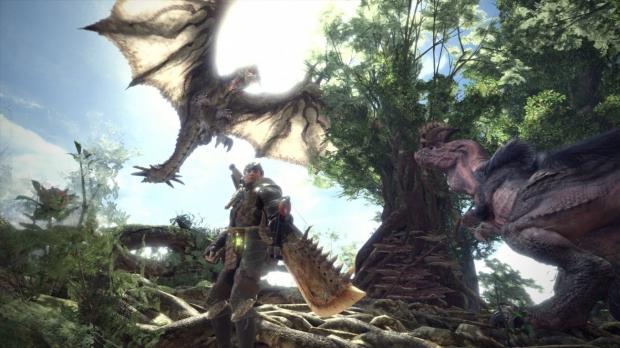 As a Monster Hunter fan, I'm beyond excited to see a mainline MonHun come back to consoles, especially one that has cross-play on consoles and PC. But the sheer depth of the world itself is massively impressive: creatures roam across the wilderness as you lead a giant fearsome dino into traps strewn throughout the jungle, using the very environment as a tactical weapon. The game gives us all the tools to make the flora and fauna into deadly assets for our hunts.

And, of course, the world's ecosystem is so alive that it features its own hierarchy of predators. As you fight one monster, another monster might jump in and fight your quarry and make the battle easier. Of course, it might also take your prey--or make you its prey.

Monster Hunter: World is slated to release simultaneously on PS4 and Xbox One in early 2018, with a PC release coming later on.

Check below for more info on Monster Hunter: World, or click here for a ton of details. 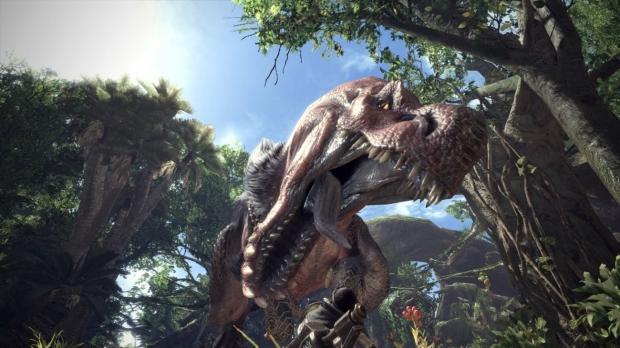