Months after its release, Ubisoft is still updating Watch Dogs 2 with new content and features. This time the huge open-world hacktivist adventure is getting a four-player party mode for co-op free roam or multiplayer activities. 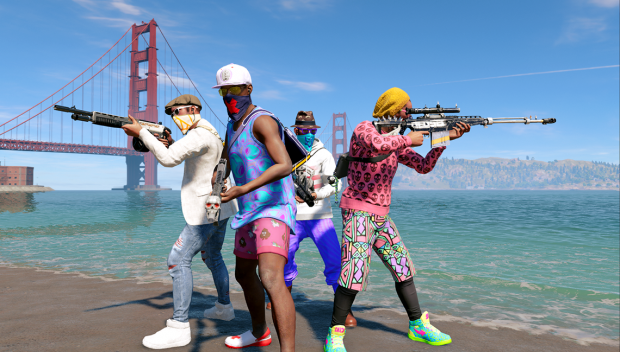 Watch Dogs 2's new four-player party mode allows gamers to team up with 2-4 players in private or public parties and go carousing across San Francisco. Sadly four-player parties can't actually do any co-op missions since the quests are specifically made for 2 player parties.

The update will go live on July 4th on all platforms, but don't expect any singleplayer fixes or updates/patches this time around.

I had a lot of fun in Watch Dogs 2 when it shipped last year, so if you're curious if you should pick the game up or not, check out our feature-length Watch Dogs 2 review.

MULTIPLAYER MODE LAUNCH - All multiplayer modes can now be launched manually using the Multiplayer app in your smartphone. No more waiting for events to spawn!

4-PLAYER PARTY MODE - The free roam you know and love is back - now, from the Multiplayer App in your smartphone, two to four friends can enter into a private or public party mode. Free roam around San Francisco causing havoc, or jump into any of these activities on-demand, all of which have been balanced for the optimal amount of 2-4-person tomfoolery: