Honor 9 was expected to be unveiled on June 20th, but last week's leak claimed that the company would unveil the device a week earlier, on June 12th.

Now, Huawei has confirmed the launch date, and it is indeed the June 12th. The promotional poster, revealed by the company, shows a huge number nine next to Honor's logo for dual camera setup. 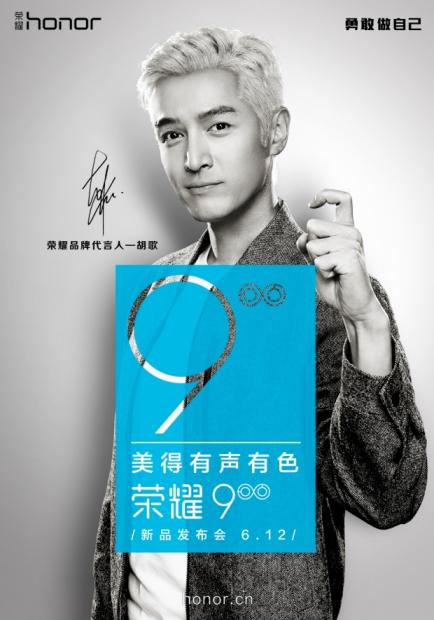 The sign on the poster says "Beautiful and colorful," and we have already seen that the Honor 9 might come in some bold color options such as yellow. Huawei is clearly focused on colors this year; a trend they started in February with a Pantone green Huawei P10.

The official launch will be held in Shanghai, while the European announcement is expected to be in Berlin on June 27th.

Earlier rumors have suggested that the Honor 9 will be powered by Huawei's Kirin 960 processor, and come with 3,000 mAh battery, and a whopping 22MP + 12MP dual rear camera setup.

The biggest rumored change, compared to the Honor 8, is that the company has reportedly decided to ditch the 3.5mm headphone jack.