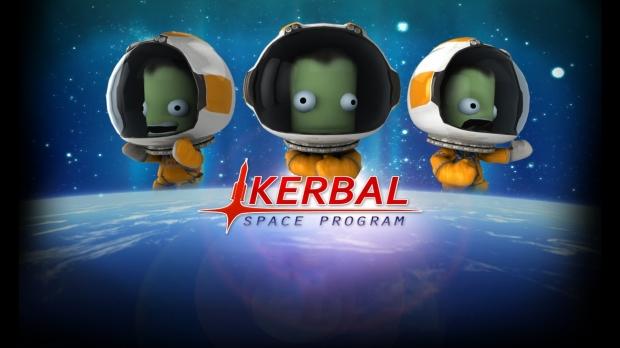 The mega-earning publisher has purchased the popular cross-platform Kerbal Space Program sim from developer Squad for an undisclosed amount, and terms of the sale weren't revealed. However the developers at Squad will continue to provide support for the game on all platforms with continued updates and expansions--including the upcoming Making History Expansion.

Take-Two now owns the IP itself, and the publisher says Kerbal Space Program is now a long-term franchise and is an important stepping stone to the company's allocation and strategic planning in the indie development scene.

Take-Two justifies their purchase by highlighting the IP's success, from the IP's strong 2 million unit sales to its popular 88 Metacritic rating and Steam user score of 97% satisfaction.

"[The Kerbal Space Program purchase is] just another example of our desire to grow our collection of owned intellectual properties, and this is an opportunity to buy a title that's already successful. Kerbal Space Program has sold about 2 million units and is still in market on Steam, and has new content coming," said Take-Two Interactive CEO Strauss Zelnick at the Cowen and Company meeting.

"We think it's a great intellectual property that fits within our independent games initiative, which we don't talk about much, but is an area of increasing focus."

It'll be interesting to see how this changes the face of the game, and whether or not Take-Two will add in microtransactions to fuel more content. The publisher makes a considerable portion of its fiscal year net sales and bookings from recurrent consumer spending, and Kerbal Space Program's 2 million strong multi-platform install base is a prime target for engagement monetization tactics.

For reference on just how lucrative recurrent consumer spend is for the company, 50% of Take-Two's total digital net revenues were from microtransactions, DLC, and in-app purchases; this means in-app purchases raked in raked in almost half a billion dollars in net revenue for Take-Two, or $460.85 million.