According to the latest leaks from infamous leaker Evan Blass, the latest LG V30 could actually feature a unique approach to having dual displays. 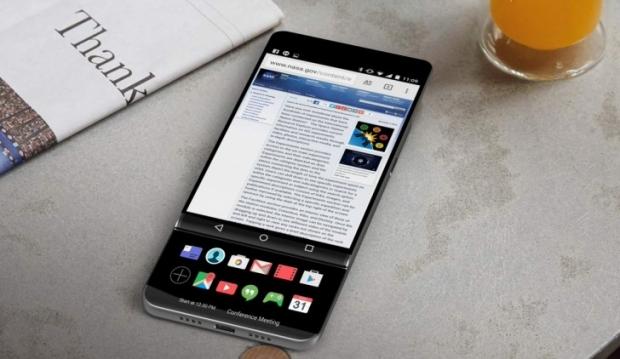 While Evan Blass states that this is just a conceptual render and that the V30 may not ever end up having this feature, its still a possibility they moved forward with it.

Weekend bonus: this is an old-ish mockup of Project Joan, a.k.a. the LG V30. Not clear if the project is still headed in this direction. [1] pic.twitter.com/k5jNJ7DyLz

Traditionally, the LG V series has been a dual-display larger flagship device with the V10 and V20 both featuring a smaller 'ticker' style OLED display to show notifications and persistent icons at lower power. However, with this concept, it appears possible that LG has gone with a more unique approach to dual displays with a sliding concept that could theoretically make the display on the phone larger without compromising the size of the device.

Here's how the device was envisioned to look with the secondary display fully extended. [2] pic.twitter.com/HNkZErj7xB