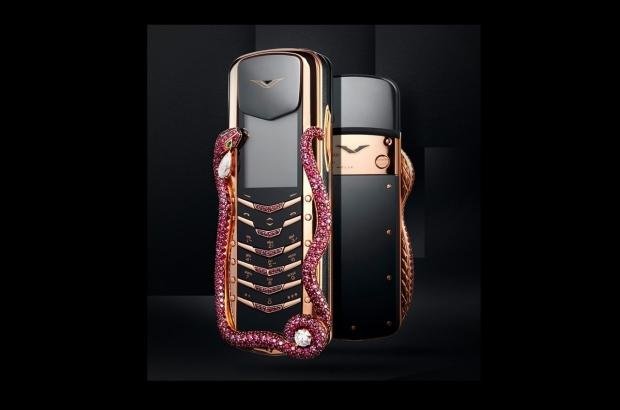 This feature phone comes with 2-inch QVGA display, 2GB of RAM, 16GB of internal storage, and a 1,200 mAh battery.

But the specs aren't what's going to sell this phone.

The Signature Cobra has 439 rubies shaped in the form a cobra on the front of the phone. The cobra's eyes are made out of emerald. The phone has been designed by French jewelry house Boucheron.

To secure a premium service, the phone will be delivered to you via helicopter.