Lately, we've heard more and more rumors about Apple's upcoming flagship. While we still don't actually know whether or not Apple will call their new phone the iPhone 7S or iPhone 8, a new rumor has appeared claiming that it might not be a matter of 'or' but 'and.'

The latest report claims that Apple will, as usual, announce the S series of the last year's devices - the iPhone 7S and iPhone 7S Plus, and an iPhone 8 for the iPhone's tenth anniversary. While we can't confirm this at the moment, the report comes with an image of alleged iPhone molds showing those devices lined up next to each other. 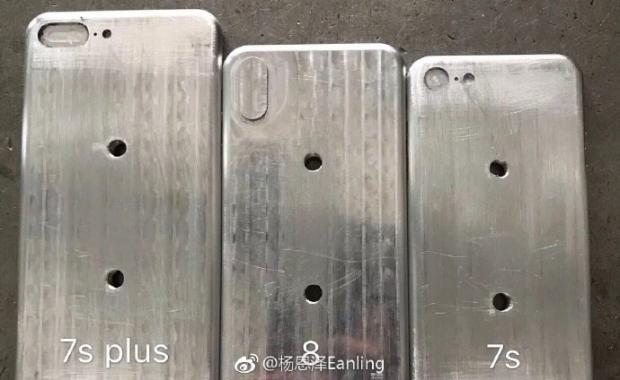 It appears that the iPhone 7S Plus will be the biggest device, while the iPhone 8 is between the 7S Plus and 7S in terms of size.

Read also: Leaker reveals the iPhone 8 in a rendered video

Another interesting bit of info that this image provides us is the camera positioning. iPhone 7S Plus should have the same dual-camera setup as the iPhone 7 Plus. The iPhone 7S won't have a dual camera, and the iPhone 8, as rumored and seen in some leaks, should have a vertical instead of horizontal dual camera alignment.

We also recently learned that Apple had placed orders for their A11 chip that should power the new phone and the launch date is getting closer, so we will learn more in the coming months.